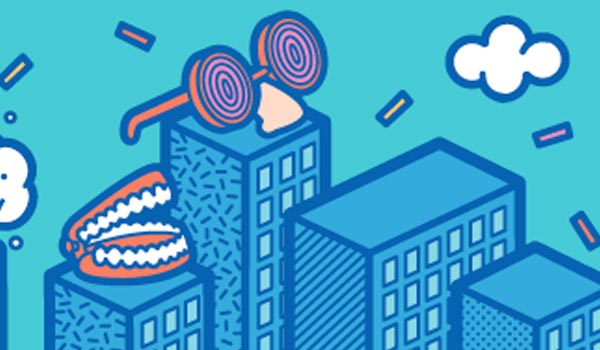 Sydney Comedy Festival has released a second bumper line-up of international and local comedians who will take to stages across the city and beyond from 22nd April to 19th May 2019.

They will be joined by New Zealand favourites Angella Dravid, Cal Wilson and Guy Montgomery, the uproarious Des Bishop (IRE/USA), and rising sketch comedy stars Foil, Arms and Hog (IRE) who have over 35 million views on YouTube and coming off the back of a successful run at Edinburgh Fringe.

Australian comedy legends added to the line-up include the multi-award winning Felicity Ward, the witty and relatable Dave Hughes, the no-nonsense Luke Heggie, the red-bearded wonder Nick Cody, TV’s The Project’s Tommy Little, the sharp-witted snappy dresser Rhys Nicholson, and 2018 winner of TV’s I’m a Celebrity Get Me Out of Here, Fiona O’Loughlin.
Boosting the Australian cohort is some of the next big stars of comedy including the sensational Becky Lucas, comedic everyman Cameron James, the lightning pace wit of Nikki Britton, stone-cold Aaron Chen, TV’s Tonightly with Tom Ballard’s Nina Oyama and quick-fire Sam Taunton.

For the complete second release line-up, see the table below. Tickets can be purchased from 10am on Friday 7th December via www.sydneycomedyfest.com.au or the Box Office: 02 9020 6966.

The full 2019 Sydney Comedy Festival program will be announced in February 2019.