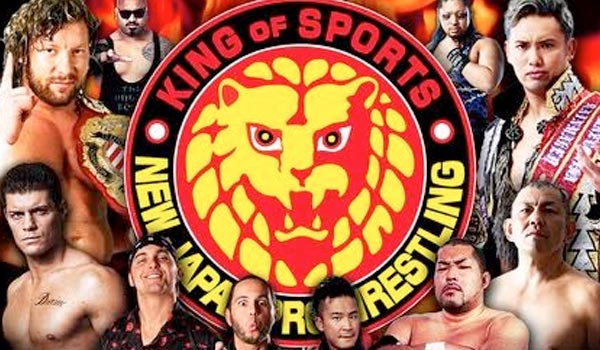 After last week’s stunning announcement that the hottest Pro Wrestling Company in the world NEW JAPAN PRO-WRESTLING was heading to Australia for a historic tour if that wasn’t enough, the news just got BIGGER!

And by bigger we mean BIGGER! Joining the like of Okada, Cody, The Young Bucks, Suzuki and co. is the man they call ‘’The Cleaner’’: the leader of The Bullet Club, current IWGP United States Champion KENNY OMEGA! Omega is the most talked about wrestler on the planet at the moment and his epic 5-star #AlphavsOmega battle at Wrestle Kingdom 12 with Chris Jericho created huge global interest.

But it doesn’t stop there! Joining the tour alongside OMEGA is one of the most talked about and talented up and comers in the business; New Zealand’s ‘’Switchblade’’ JAY WHITE also hot off Wrestle Kingdom 12 and Kiwi Powerhouse HENARE.

We told you there would be FALLOUT and this is of the Nuclear kind. This is one event you will not want to miss and tickets are flying so get in and book now.

Due to contractual obligations in Japan, Hiroshi Tanahashi will be unable to compete on the New Japan Fallout Down Under Tour.