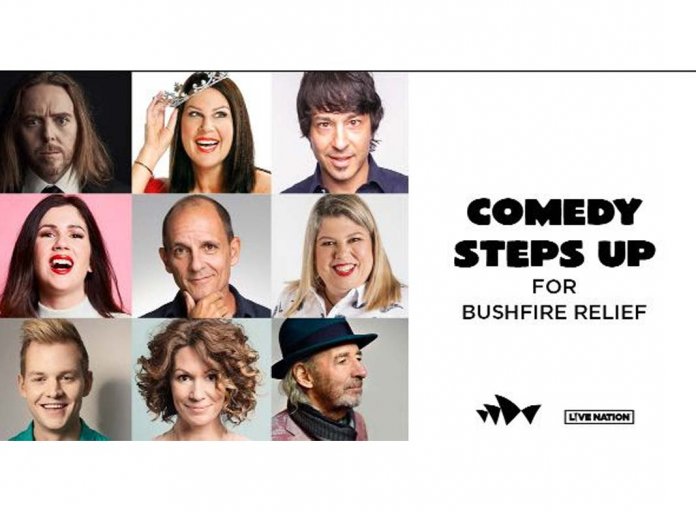 The Sydney Opera House sails will be lit tonight to show support for the communities affected by the bushfires and to acknowledge the bravery of the men and women fighting the fires across rural and regional Australia.

Sydney Opera House CEO Louise Herron said: “We are lighting the Opera House sails to show our collective support for everyone affected by these devastating fires and to express our deepest gratitude to the emergency services and volunteers for their incredible efforts and courage. As difficult circumstances continue, we want to send message of hope and strength to the people of Australia.”

To help raise money for fire affected communities, the Sydney Opera House and Live Nation have today announced ‘Comedy Steps Up for Bushfire Relief’ – an outdoor gala performance on the Opera House steps and forecourt on Monday 16 March.

The Opera House would like to thank the Technical Direction Company, Curiious and the Port Authority of NSW for enabling this lighting of the sails, together with Agence France-Presse (AFP), Australian Associated Press and The Sydney Morning Herald for the images used.

The Sydney Opera House is a masterpiece that belongs to all Australians. It is the nation’s premier tourism destination, a world-class performing arts centre and celebrated community meeting place, welcoming 10.9 million visitors to the site annually, including almost 2 million performance and tours patrons. A global beacon for creativity, it is inscribed on the UNESCO World Heritage List and Deloitte has estimated its total social asset value to Australia at $6.2 billion. Since embarking on a decade of renewal at its 40th anniversary, the Opera House is now six years into a program of major upgrades to ensure this 20th-century icon continues to inspire 21st-century artists, audiences and visitors.

COMEDY STEPS UP FOR BUSHFIRE RELIEF