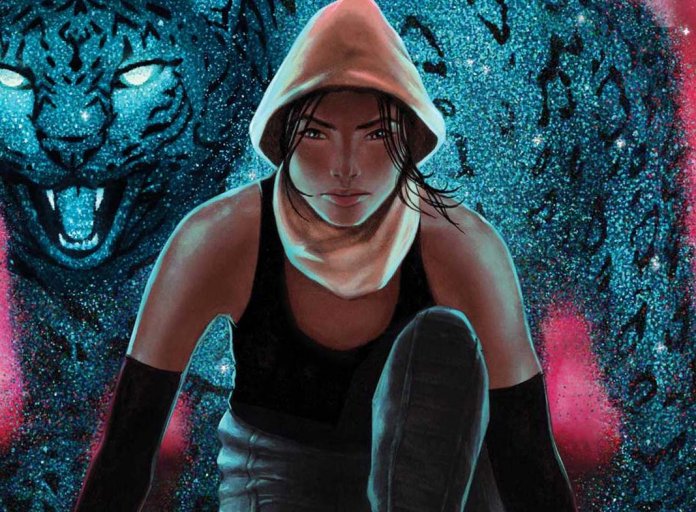 Akemi Dawn Bowman’s The Infinity Courts was an utterly brilliant, heartbreaking story about what it means to be human. And it seemed damn near unbeatable. It’s safe to say it’s been a long and tense wait for book 2, but the action-packed follow-up, The Genesis Wars, hits shelves this April and it is just as enthralling as the first book! If you haven’t read the first book, stop reading here and go grab a copy – now!

For anyone needing a recap, book 1 saw eighteen-year-old Nami Miyamoto being murdered on her way to a graduation party with the boy she’s been in love with for years. After waking up in Infinity, she discovered that virtual assistant Ophelia – used by almost everyone on Earth – had taken over the afterlife and forced humans into slavery. Nami joined a rebel group of humans in trying to bring down Ophelia and her four sons (each ruling their own horrific court) while the sinister Ophelia inched ever closer to her end goal: total eradication of humanity.

The Genesis Wars picks up ten months after The Infinity Courts left off.

It’s been ten months since Nami narrowly escaped the Four Courts and Ophelia’s wrath. Ten months since she was betrayed by someone she once considered a friend. Someone she poured her heart out to. And now her family here in the afterlife are gone, captured, and Nami is utterly alone.

On the run, only steps ahead of the AI forces pursuing her, and desperate to free her friends, Nami must take the allies she can find, even if she doesn’t fully trust them. And as she tests the limits of her own power, she must also reckon with the responsibility that entails.

Stakes are high as Nami navigates old enemies, unexpected allies, and an ever-changing landscape filled with dangers and twists at every turn. Along the way, she’ll learn powerful truths about who she can trust and the sacrifices that must be made in order to fight for a better, freer world for all. 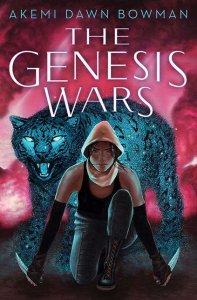 In The Genesis Wars, we see a very different Nami from the one we got to know in book one. She’s still dealing with the consequences of her fateful decision and the heartbreaking betrayal. She’s filled with guilt, anger and trust issues. And her abilities have improved! She kinda kicks butt. But for all her differences, Nami is still the girl who’d jump in front of a bullet to save a little girl. She’s still a hero.

While the first book was largely about moral decisions, this book seems to mostly about trust and sacrifice. And if you thought the last book was heartbreaking … oh boy, be prepared to sob your little heart out all over again. I might have loved this one more. The stakes are higher, the pain is more intense, and there are plenty of new characters to love and hate (Commander Alys may be my new Professor Umbridge). We also get to learn more about the other Princes and see a lot more of Infinity. Akemi really ramps up her world building in this one. And the entire book has the threat of humanity’s eradication hanging over it. So yes, it might even beat the first book.

Perfect for young adult fantasy and dystopian stories. Akemi weaves in human emotion and action-driven plots perfectly, building memorable characters that will stay with you long after you’ve turned the final page. Her jump from contemporary to genre fiction was flawless. My only criticism is that it’s yet another wait for the next book!

Pre-order a copy here (or on the author’s website).

Check out Akemi’s other books here. 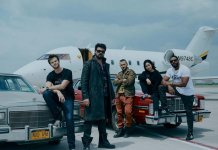 The Boys are Coming Down Under! 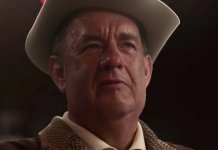 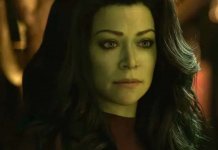 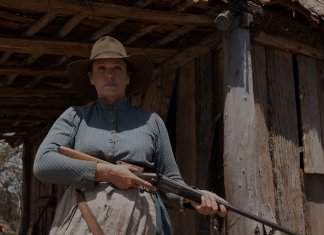 ‘The Drover’s Wife: The Legend of Molly Johnson’ Movie Review

0
The Drover's Wife: The Legend Of Molly Johnson is inspired by Henry Lawson's 1892 short story of the same name. The Drover’s Wife is directed,... 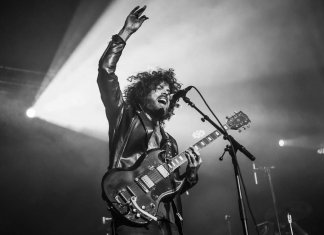 Sergio Martin - April 28, 2022 0
Despite many postponements due to Covid restrictions, Uncaged Festival, finally made its way back to Sydney. The full music extravaganza included the likes of Wolfmother,...