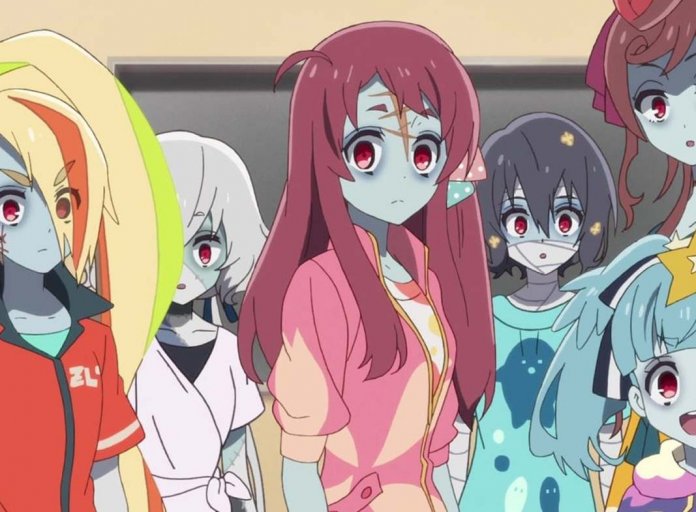 Thanks to Madman, we had the chance to see the heart-warming light comedy series Zombie Land Saga (Hepburn: Zonbi Rando Saga) on Blu-ray. 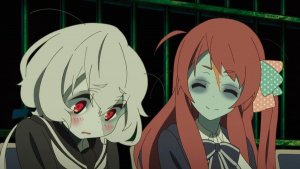 Zombie Land Saga follows seven girls who’ve died in different Japanese eras and are brought back to life by Koutarou Tatsumi, an eccentric talent agent whose goal is to put together the ultimate idol group to save the Saga prefecture. The seven undead girls are the perfect fit for his plans, and their various personalities and skills have remained intact after death. There is one catch: none of them can remember anything from their past life.

After some ups and downs, including some hilarious situations like an improvised zombie rap battle and metal show including “Thriller”-style dancing, the idol group Franchouchou is born.

Zombie Land Saga is not your typical idol series. It cleverly mixes the zombie genre with music and rom-com, adding a lot of character development and drama, especially during the last episodes. 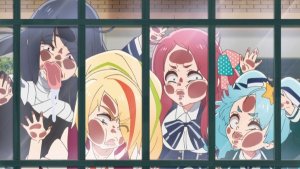 ch of the characters is likeable, including former biker boss Saki, cute former child star Lily, former Idols Junko and Ai, Hostess Yuugiri, Idol wanna be Sakura (who also is cursed with bad luck) and the hilarious Tae whose human personality hasn’t come back yet, making her act like a proper zombie most of the time, even on stage making every situation involving her a guaranteed laugh.

The soundtrack is excellent, and most of the performances by Franchouchou showcase new songs and dances and emotions as they deliver their message to their fans and sometimes unknowingly to some familiar faces from their past, which adds a poignancy to the series.

Overall, Zombie Land Saga is a clever series with strong themes of teamwork and redemption. It ticks all the boxes for a pretty good time, and the balance between comedy, music and drama is nearly perfect. Get your copy here.