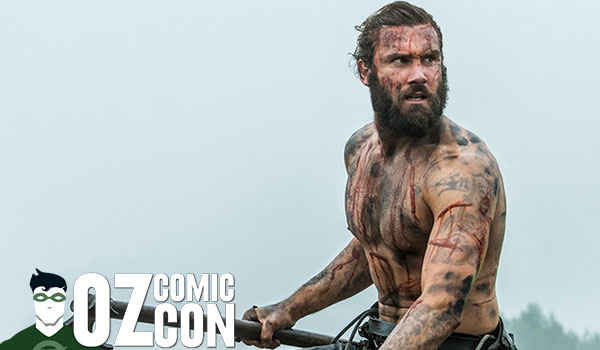 Standen plays the impetuous, handsome Rollo, brother of Norse warrior Ragnar Lothbrok (played by Travis Fimmel). Australian fans will have the opportunity to get up close and personal with this hot new talent straight after his much-anticipated film Everest premieres in Australia on the 17th September. He has also appeared in Doctor Who, Camelot and Robin Hood.

Standen will be taking part in professional photograph and autograph opportunities across the weekend, as well as an exclusive Q&A panel on each day of the show. A limited number of places at an exclusive dinner with Standen on the Saturday night of each show are also available, so those interested should act now to avoid disappointment.

Oz Comic-Con Brisbane and Sydney are about more than their film and television guests however, with a huge range of activities and features occurring in both cities across the weekends. Amazing Cosplay (including the state and national finals of the Australian Championships of Cosplay), dedicated workshop stages, a huge range of vendors and talented comic book artists make Oz Comic-Con the place to be this September.