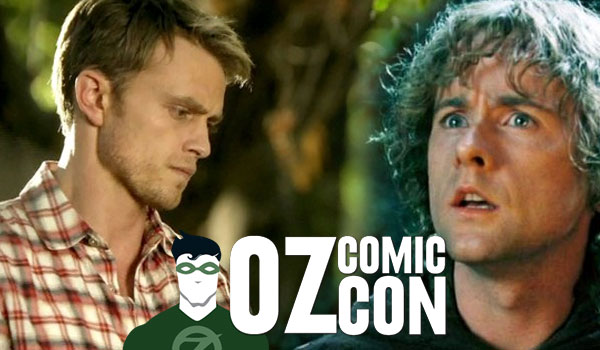 Oz Comic-Con fans, grab your smartphones and laptops and get ready for two special Oz Comic-Con Twitter takeovers. From 5pm-6pm (AEST) on Friday 26th of June, Wilson Bethel (Hart of Dixie) will be answering fan questions at @OzComicCon, and then between 6pm-7pm, Billy Boyd (Lord of the Rings) and Stephen Hunter (The Hobbit) will take their turn on the Twitter account. These twitter takeovers are occurring ahead of the fourth annual Oz Comic-Con Melbourne, taking place at the Melbourne Convention and Exhibition Centre on June 27-28.

Anyone with a question for the stars can tweet it to @OzComicCon with the hashtag #OCCchats during the Twitter takeover and the guests will attempt to answer as many as they can during their takeovers.

Oz Comic-Con Melbourne will feature guests taking part in professional photograph and autograph opportunities with fans, as well as answering further questions in panels on both days of the event.

Tickets are available now from www.ozcomiccon.com or on the door. Plus, children ages 12 and under can enter for free all weekend with a general admission ticket. For more information please visit www.ozcomiccon.com.