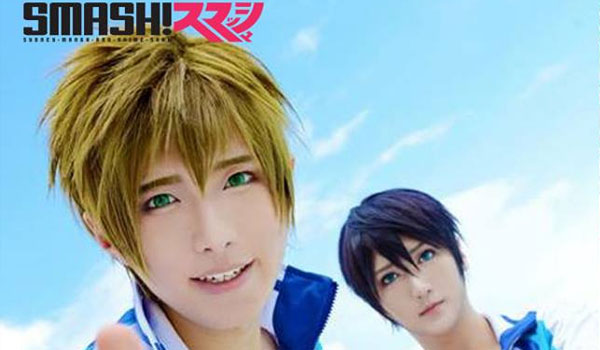 For fans of geek and costuming, cosplay fever is returning to SMASH! Sydney Manga and Anime Show to a whole new level. Introducing not one – but two guests – SMASH! is delighted to announce that the international cosplay duo, BAOZI and HANA, will be attending SMASH! 2017 as official guests.

BAOZI and HANA is China’s most active cosplay duo who are renowned for their portrayal of male and female characters from a variety of Japanese manga and anime series. Since their formation in 2011, both Baozi and Hana are widely recognised for their talent in costuming and makeup skills. Some of their most popular cosplays include Katsuki Yuuri and Victor Nikiforov (Yuri!!! on Ice), Rin Okumura and Yukiko Okumura (Ao No Exorcist), and Tetsuya Kuroko and Taiga Kagami (Kuroko no Basket). With more than 232,000 followers on Facebook and 148,000 followers on Instagram, the cosplay duo has an international fanbase that spans from Singapore, Philippines, Indonesia and Brazil.

Over the last ten years, SMASH! has had a notable reputation of bringing high profile cosplayers to Australia, including Reika, Kaname and Yuegene. Baozi and Hana’s appearance at SMASH! 2017 is expected to attract hundreds of fans to Q&As, signings, and cosplay tutorials.

SMASH! President Andrew Qiu says SMASH! “strives to deliver fans’ expectations” by bringing international talent to the convention every year. “We are absolutely delighted to have Baozi and Hana as our first guests for SMASH! 2017,” Qiu said. “Baozi and Hana are some of the world’s best cosplayers in the cosplay community. This is a great chance for fans to meet them in person and learn valuable cosplay skills.”

SMASH!2017 is a Japanese pop-culture convention to be held at Rosehill Gardens (NSW) on August 19th and 20th. For more event and ticketing information, visit www.smash.org.au.