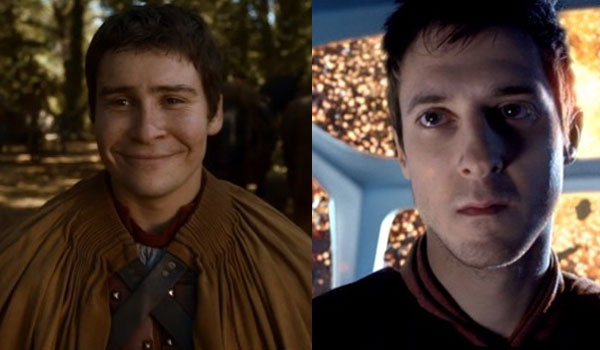 Game of Thrones and Doctor Who are two of the most beloved shows in the pop-culture realm and fans of both can rejoice, with the announcement that Daniel Portman and Arthur Darvill are heading to Oz Comic-Con Melbourne on July 5-6.

Better known for his role as Podrick Payne, loyal squire to both Tyrion Lannister and Brienne of Tarth, the Scottish-born Portman has been a recognisable face on the series since its second season. His appearance at the convention is welcome news that follows quickly after confirmation that Game of Thrones’ other fan-favourite sidekick, Kristian Nairn (Hodor) will also be at the event.

For three years on Doctor Who Darvill brought to life the loveable Rory Williams, a companion to Matt Smith’s Eleventh Doctor. One of the most well known stars of the long-lived show, Darvill is also a talented musician and stage actor, currently staring in Once on the West End.


The event will feature celebrity Q&A panels and professional photograph and autographs will be available with all guests, with Portman and Nairn teaming up for a photo option for Game of Thrones die-hards. For those looking for something a little bit special, limited seats are currently available for an exclusive dinner with both Portman and Nairn on July 5.

Oz Comic-Con Melbourne is set to boast an amazing range of celebrities from the realms of film, television, animation and comic books. Guests already confirmed for the event are:

Oz Comic-Con Melbourne will be held on July 5-6 at the Royal Exhibition Building, Carlton, with doors open from 9am to 6pm both days. Tickets to Oz Comic-Con Melbourne are on sale now through Showclix (http://www.showclix.com/events/18185). For more information please visit www.ozcomiccon.com.