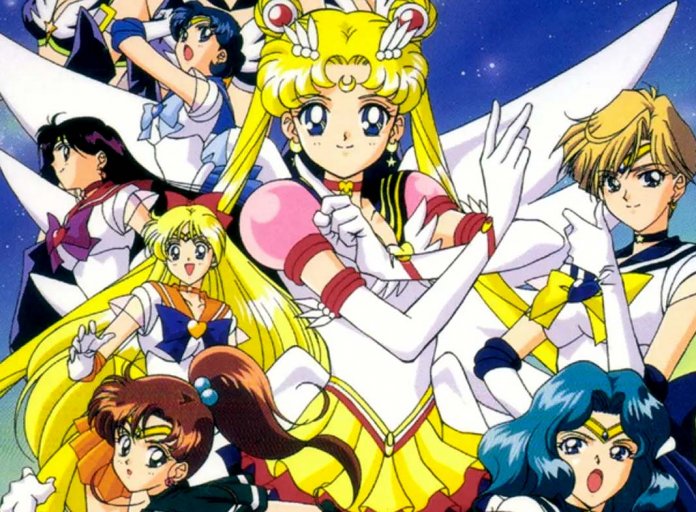 Thanks to Madman we got to continue our journey reviewing the ’90s classic Sailor Moon. This time we watched Part 1 of the last season – ‘Sailor Moon Stars’ – including episodes 167 to 183.

The story begins with Usagi and the girls starting their first year of High school, when a strange presence frees Queen Nehalennia. Suddenly, every mirror starts projecting the power of darkness over the Earth. In consequence, Mamoru suffers a terrible curse that threatens Chibi-usa’s life. In the meantime, the outer scouts gather as Hotaru awakens and Sailor Saturn and Usagi power up as Sailor Moon Eternal to fight Nehalennia. 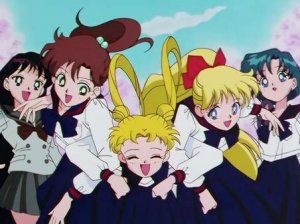 After defeating the queen of darkness a new, powerful villain named Galaxia starts collecting the Star Seeds from humans. This, once again, starts Sailor Moon’s usual monster formula. However, the arrival of new sailors in town, the shooting stars ‘Sailor Star Lights’ (Sailor Star Fighter, Healer and Maker) is what makes this addition to the series really exciting.

The comedy is present more than ever as the girls obsess over the new popular boy-idol group that happens to attend their school. There is an intriguing love tension between Usagi and Seiya, the main singer of the boy band, as Mamoru leaves to study overseas and a mysterious toddler named Chibi-Chibi lands in Usagi’s home.

The latest season of Sailor Moon is enjoyable, with lots of silly moments and good drama that leaves you both satisfied and eager to watch more as the end of the series approaches.