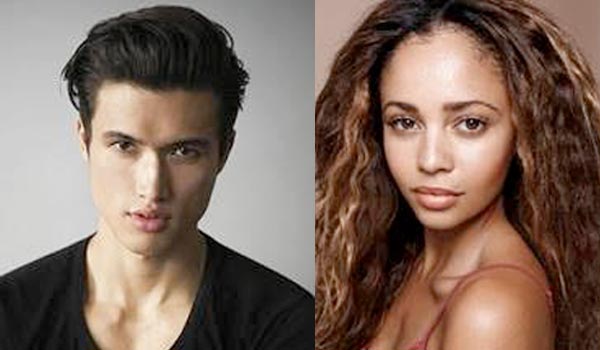 Morgan also starred in the Disney Channel original film as “Sarah”, a half-vampire/half-human babysitter in My Babysitter’s A Vampire, as well as Finding Carter, The Latest Buzz and Degrassi: The Next Generation.

Melton has just wrapped filming the highly anticipated sequel Bad Boys for Life opposite Will Smith and Martin Lawrence. The Alaskan born actor and model is also set to star in the upcoming feature film adaptation of the Nicola Yoon novel The Sun is Also A Star, alongside BLACK-ISH actor Yara Shahidi, releasing in Australian cinemas July 4th.

Both will participate in panels each day at the Melbourne event, as well as photograph and autograph sessions with fans.

Photograph and autograph tokens are on sale now for Oz Comic-Con Melbourne 2019, watch out for more guest to come.

Tokens provide you the opportunity to meet with a celebrity during our event for a professional photograph or to get something signed by the guest.

Tokens are available at https://store.epicphotoops.com/oz-comic-con-melbourne/2019
Tickets to Oz Comic-Con Melbourne are on sale at ozcomiccon.com