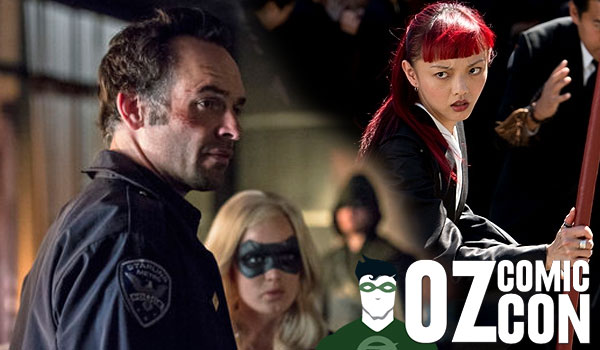 Blackthorne is also known to viewers for his starring role on cult-series The Dresden Files, as well as Lipstick Jungle, while Fukushima starred in The Wolverine and appeared as a Red Priestess in Game of Thrones season five. Blackthorne and Fukushima will be appearing at Oz Comic-Con held at the Melbourne Convention and Exhibition Centre on Saturday, 27 June and Sunday, 28 June to take part in exclusive Q&A panels, as well as participate in professional photograph and autograph opportunities.

Oz Comic-Con Melbourne will be held at the Melbourne Convention and Exhibition Centre on Saturday, 27 June and Sunday, 28 June, with doors open from 9am-6pm each day. Tickets are on-sale now from OzComicCon.com, and photograph and autograph tokens can also be pre-purchased from the online store.