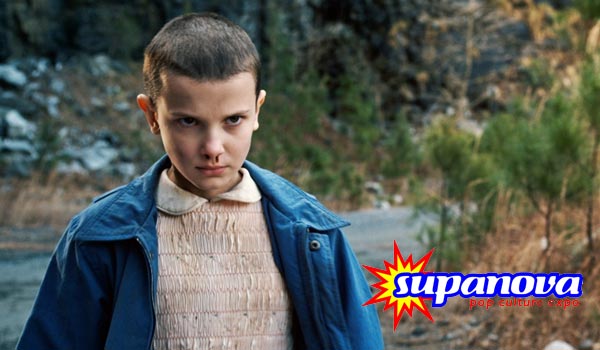 Supanova – Australia’s homegrown comic-con and gaming expo – have revealed the first round of celebrity guests who will be attending their Sydney (16-18 June) and Perth (24-25 June) events, including two well-known, leading actors from the Netflix Original Series Stranger Things.

With Stranger Things harking back to all things ‘80s, and its subtle and nostalgic pop culture references, it’s only fitting that Christopher Lloyd (Back to The Future, The Addams Family) – a celebrated film icon who lies at the heart of every ‘80s film buff – joins the guest lineup for Sydney and Perth.

The ‘90s are similarly represented, with heartthrob Dean Cain (Lois & Clark: The New Adventures of Superman, Supergirl) and Mighty Morphin Power Rangers alumnus/voice actor Johnny Yong Bosch (Code Geass, Bleach); and the noughties with Julie Benz (Buffy the Vampire Slayer, Angel, Dexter) and Christopher Judge (Stargate SG-1) – who is geared up to provide the voice of Spartan warrior Kratos in the next installment in the God of War video game franchise.

The twenty-tens are also represented through some of the hottest shows on television in Colin Donnell (Arrow, The Affair). The stage and screen actor currently starts as a series regular on the medical drama Chicago Med.

With even more Supa-Star guests and exclusives to be announced Supanova is where fandom comes to life, celebrating the worlds of film and television, fantasy, comic books, anime, sci-fi, cartoons, books, gaming and collectables. There’s ‘cosplay’ (costume-role play), fan clubs, musical performances, creative master classes, celebrity Q&As, wrestling, tournaments and competitions, and an expo full of shopping possibilities meaning there’s something for everyone, for every fan to have a blast!