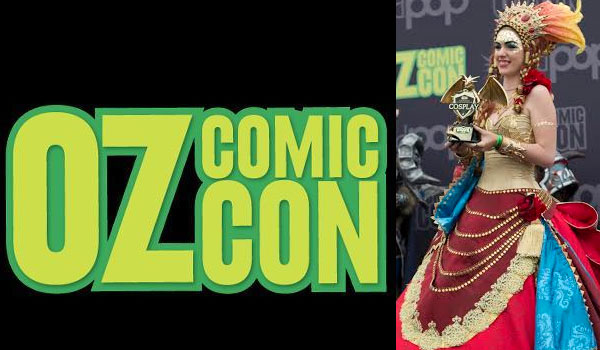 
They’ve done it again. The Banana Benders have trumped a major national competition with the crowning of Brisbane native ‘Major Sam’ as the national winner of Oz Comic-Con’s Championships of Cosplay on Sunday.

The Sunshine State native weaved her way through the opposition dressed as La Carlotta from The Phantom of The Opera to take out the honours in Sydney.

Having done her state proud, Major Sam (who politely declines to reveal her real name) will now take on the world, having qualified to represent Australia in the 2016 C2E2 Crown Championships of Cosplay to be held in Chicago.

Major Sam will be flown to Chicago in March 2016 with $1000 spending money, and automatic entry into the final round of the Crown Championships of Cosplay, competing against the best cosplayers in the world.

Her livery of choice took over 350 hours of work over the space of two months which included both a corset constructed from quilted gold satin and a brilliant red silk skirt which weighed in at 1.5 kilograms.

Major Sam has been competing on the cosplay stage for the past four years and boasts an extensive background working with costumes having worked for various theatre companies in both Toowoomba and Brisbane.

For more information on the Australian Championships of Cosplay, please visit www.ozcomiccon.com