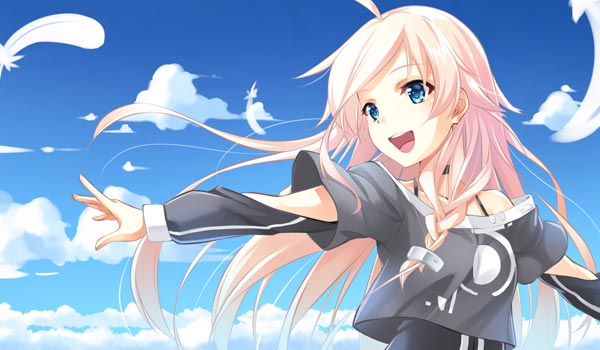 Get ready to party – Australia’s #1 Japanese pop-culture event has once again catapulted to world-class status (and beyond)!

In an Australian first, international Vocaloid sensation, IA , will be coming to SMASH! Sydney Manga and Anime Show to perform live at SMASH!’s 10th anniversary event on August 20th. A virtual popstar created as part of the vocal synthesis program ‘VOCALOID™3’, IA is the world’s latest muse that has taken the world by storm. For many fans and creators of the industry, IA has been praised as a reliable voice-bank library in which users can create unique songs and videos. Since IA’s debut in 2011, she has has collectively garnered more than 100 million views in Japan and abroad, and her popularity will no doubt rise even further when she makes her Australian debut.

Presented by The Japan Foundation, Sydney, this cultural collaboration between JPF Sydney and SMASH! Sydney Manga and Anime Show marks the fourth consecutive year for both organisations. Acknowledging SMASH!’s dedication to bringing the best of Japan to Australia, JPF Sydney’s representative Jessica Chow congratulates the SMASH! team for “reaching a significant milestone”.

IA is an ambassador for Japan’s modern culture and technology. Her debut in Australia is a great opportunity to connect with anime fans, as well as people in other fields. We look forward to seeing the new possibilities that her appearance may bring to Australia’s arts scene.”

Since her debut in Japan, IA has reached out to her international audience with many successful solo concerts in France, London, Singapore, and Taiwan. Following a string of recent successful concerts in United States including New York and Los Angeles,SMASH! President Andrew Qiu could not be more “ecstatic” about IA’s first Australian appearance.

In addition to IA’s exclusive performance, she will be joined by the likes of Hachioji P and DJ Catalystic at the anniversary party. Other SMASH! 2016 guests include Japanese voice actor Hideo Ishikawa (Naruto), Japanese voice actress Ai Nonaka (Madoka Magica), and cosplayers Yuegene Fay and Goldy.

SMASH! Sydney Manga and Anime Show is a two day Japanese pop-culture festival to be held at Rosehill Gardens on August 20th and 21st. Featuring an action-packed program of cosplay, gaming and anime events, SMASH! 2016 is an event not to be missed. For more information, visit www.smash.org.au.