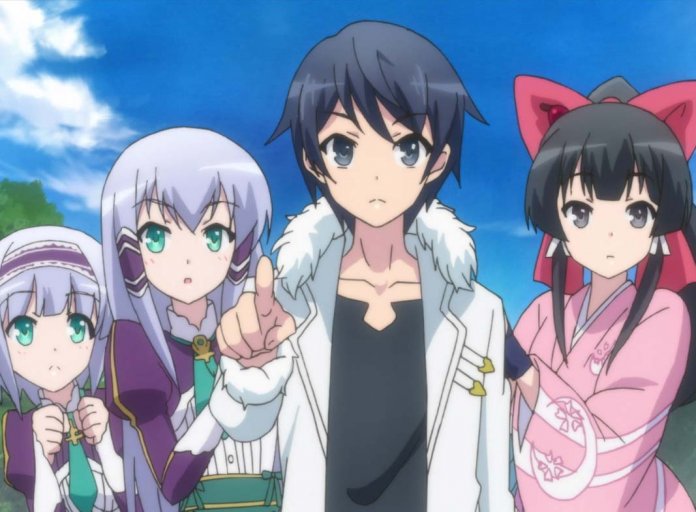 Touya Mochizuki was not supposed to die. However, after acknowledging His mistake, God grants Touya a second chance to live in a fantastical world where he has special skills as a warrior and wizard.

In addition, Touya is allowed to keep his mobile phone in order to contact God. He’s also allowed to use it as a magical device while on a journey with a team of of beautiful girls. On the journey he becomes the unlikely hero this new world needs. 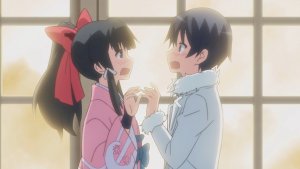 ‘In Another World with My Smartphone’ is an entertaining RPG-type series that mixes magical comedy, and harem conflicts between the protagonist and his gorgeous companions. The latter (despite being a repetitive formula across too many similar series) becomes the best part of the series. It doesn’t rely on obvious ecchi or suggestiveness, on the contrary, it mostly plays on the naïve personalities of the characters instead.

Although the smartphone is supposed to be the series’ selling point, the device’s contribution to the story is minimal. This could be a good or a bad thing, depending on what type of viewer you are. Personally? We appreciated it. We expected an on-the-nose satire of millennials’ dependency on their smartphones to solve mysteries or save the day, and there’s none of that here. However, this doesn’t alleviate the series’ predictability and repetitiveness, as Touya becomes an almighty wizard capable of solving anything, making the “hero” and his team invincible and eliminating any suspense across the twelve episodes.

Overall, ‘In Another World with My Smartphone’ is most definitely not for everyone. It becomes very predictable but still manages to entertain, especially if you like RPG games or if you want to take a break and kill some time in front of the TV.