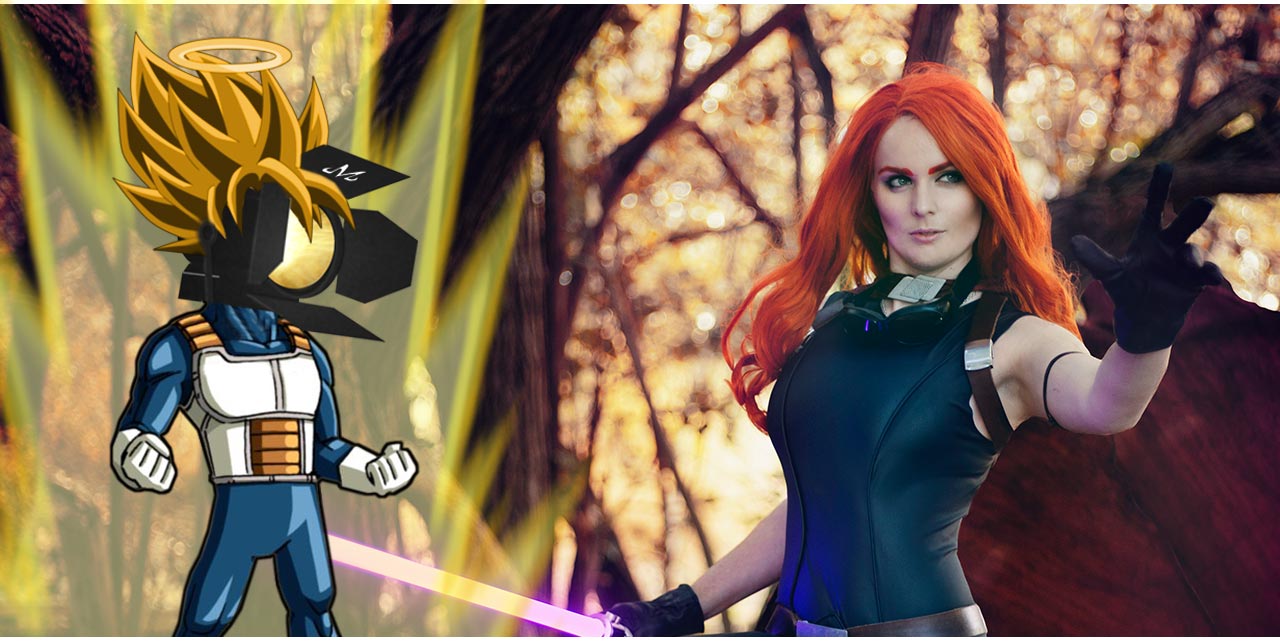 Hi! I am Vicky, sorta like a superhero name. My real name is kept to me for my work and personal life; where I work and what I do is important to me. I am a Registered Nurse in a Brisbane Emergency Department specialising Pediatrics. Which is a dream job for me. Something I never thought I would be doing.

Cosplay is a stress reliever, a hobby and fun! It is a creative outlet where you can be whom ever you want to be when ever you want to be. It takes me away from what I m doing as a person and allows me to be free. Now having over 20 costumes under my belt, making most of them myself, Cosplay is becoming more than a hobby, it is a life style.

I enjoy the sewing aspect and learning a new technique, but I also love the portrayal of a character. Meaning, I don’t mind buying some of my costumes to make this happen. Cosplay is costumes on people, not who makes or buys.

I started cosplay after getting hooked on a video game, Final Fantasy X and after completed a search on Yuna. I found someone dresses as her and went onto look into “dress ups” and found cosplay. It was a love affair from then

Yuna from Final Fantasy X and I brought this cosplay as I never knew how to sew at this point.

My fav character is Captain America! I have made a similar costume to Captain America, American Dream. Shannon Carter, from the MC2 Universe. But I have planned out a Bucky Rescue Captain America from the First Avenger movie. I am super excited!

American Dream! She is a Dream. I have remade her 2 times so far and now I am on her 3rd remake! She has taken 40 hours of casting, sewing, designing and fitting her. I learned a stack of new techniques for this costume.

Captain America Bucky Rescue from the First Avenger and Mara Jade from the EU Star Wars Legends. They are planned for OZ Comic Con at this stage.

Making my Hunter from Destiny 2 would be a dream of mine. Nathan Fillion is the voice actor of the Vanguard Cayde-6 and getting to meet him in this costume would be just a dream come true!

I completed a group in 2015, Sailor Moon group! We had everyone except Chibi Usa and Tuxedo Mask! Was an incredible time as we also got to get a photo with Robbie Daymond, the original and current Tuxedo Mask voice for the Dubs!

I was in my 1980’s Ghostbuster recently and someone yelled out “who you gonna call” and my response was “the police, I’m off duty”. The guy was gobsmacked and had no comeback. She is super fun to be in costume for. Sarcasm and smart remarks are just amazing to come out with.

Have fun! Buying or making. Cosplay is what you make it. You don’t need to listen to what people say, especially if it is negative. You are allowed to walk away, you are allowed to be whom ever you want to be and people shouldn’t tell you otherwise.

Photography is super fun! I love working with photographers who are not afraid to experiment and go to new locations! I have done some boudoir photos, which only 3 have been shared, these are shirt on and more for the learning style and becoming more comfortable with myself. Was super fun!

I am hoping to experiment with some fashion works and natural light in the coming months and with 3 new costumes on the way, I am hopeful to get some new photos done with them.

I am working on the American Dream v3 and finishing my Bucky Rescue Captain America. I am also working on completing a version of Mara Jade from the EU Star Wars comics. I am also wanting to complete a new version of Ms Marvel! As you can tell. Comic fan

Check some images of Vicky-Vic in action below!

For more about VickyVic visit:

Images provided by. Vicky-Vic for illustration purposes only. No Commercial gains.