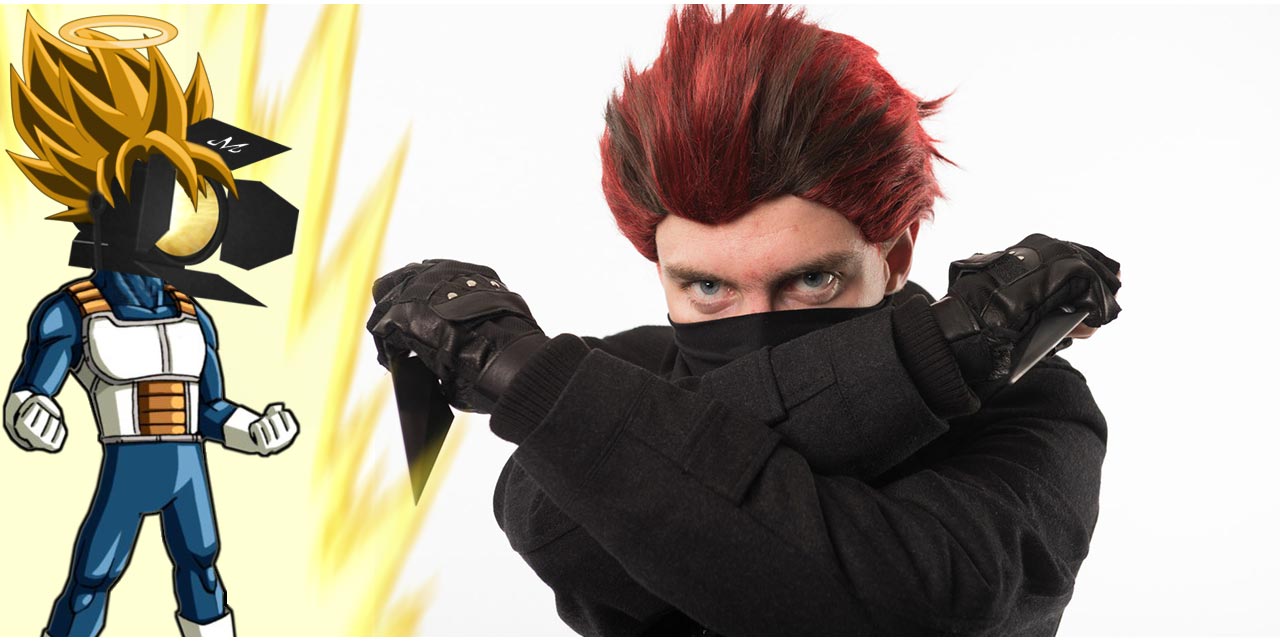 I’m Daniel, a cosplayer and photographer from Newcastle. I mainly do the photography side of things, but I’ve recently decided to start applying my creative skills on the other side of the lens.

Back a few years I started going to Supanova, and after seeing all the fun people were having doing cosplays, I thought I’d give it a shot!

Casual Commander Shepard! I actually have a design for the omnitool/omniblade in the works, but I haven’t had the time to finish it.

Phoenix Wright from Ace Attorney, because he has the stubborn determination to turn any wrong Wright! Junpei. Half the challenge was finding a suitable wig! Beyond that, he’s pretty flexible in how he looks, so I can do a different variation each time.

I’m currently working on a scifi/cyber punk version of Link (Legend of Zelda). I’ve got a few ideas for now, but I’m hoping it’ll be ready for the con season next year!

I’d love to do something with armour, mainly because it’s challenging. I guess there will be some parts of that with my Link cosplay, but we’ll see how the designs turn out.

No, though if I’m happy with my next cosplay, I’ll probably enter that.

The hotel we were staying at this year was also host to some other Mass Effect cosplayers, and we all agreed to meet later at the bar. A couple of us were there first, and we were sitting in the way of a group that wanted to watch the TV, and eventually they asked us to move.

Then the rest of us came, accompanied by what could easily be mistaken for a couple of squads from an army. We already had one very buff, very convincing James Vega (complete with replica gun), and when the new arrivals sat down in the exact spot we just moved from, they just looked at each other and sheepishly left!

11. Have you had any strange encounters with fans of you/or the character you are portraying?

Not really. My character isn’t very well known, so its kinda rare to have anyone recognize me.

12. Any word of advice for people who would like to start in the world of Cosplay?

Just go for it. Never put yourself down, and never think you’re too ugly, or fat or in any way not good enough to do a cosplay. Passion trumps all those things any day, and I say that as both a cosplayer and a photographer! Do it, do it for fun!

Cosplay photography is a whole heap of fun, and I have made a lot of friends through it. Its great to work with people of all levels who are really passionate about what they do! I have a few highlights, but the cosplay calender I did with a good friend of mine was the best one. We shot around 20 cosplayers, and each had a different location – an impressive effort considering we did it all in one day!

I’m going to be doing a short film about cosplay next year once I’ve wrapped up some other projects, which I’m pretty damn excited about. Should be fun!

Check some images of Mic Steel in action below!


In addition, check some cosplay photography work by Mic.

For more about Mic Steel visit:

Images provided by. micsteel for illustration purposes only. No Commercial gains.