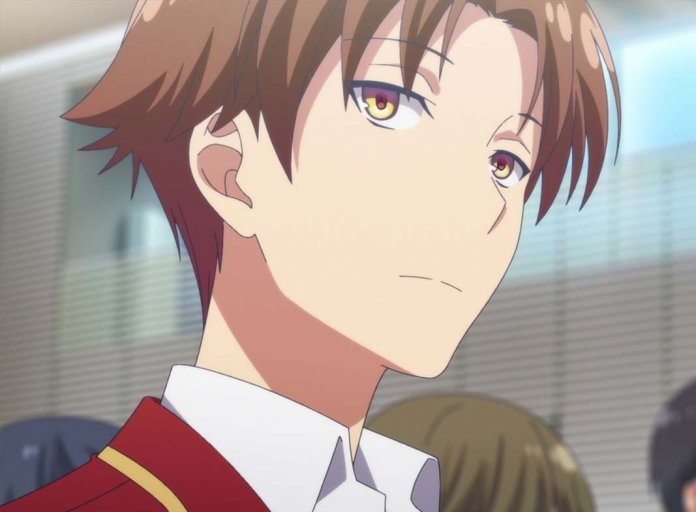 Thanks to Madman we watched ‘Classroom of the Elite: Complete Series’ (Yōukoso Jitsuryoku Shijō Shugi no Kyōshitsu e) which aired in 2017 in Japan.

In a distant future, the Japanese government creates a top notch school named The Tokyo Metropolitan Advanced Nurturing High School that fosters elite students with a scholarship preparing them for a life at the top of Japanese society. Students are granted great freedom, but they are forced to live in the school with facilities that include a shopping mall, cinema and cafes to keep them isolated from the outside world. 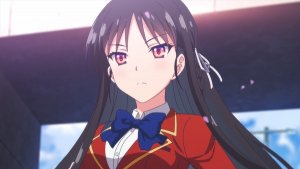 The elite school assigns monthly points to each student based on their merit and academic performance, rating classes from A to D. Points can buy everything in the precinct, from food to entertainment – and sometimes even people. However, when the students fail, points are subtracted from their accounts eventually resulting in expulsion. In this way the point system creates a not-so-healthy competition between the classes.

The series takes place mostly in Class D (the school’s lowest performers) where our protagonist Kiyotaka Ayanokoji, an incredibly smart boy and connoisseur of martial arts, meets the awkward tsundere Suzune Horikita. Together they scheme to outsmart students and save his classmates from being expelled. 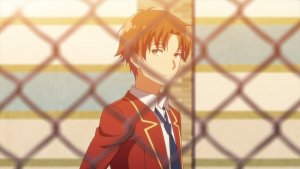 The story starts as an unconventional school with the classic rivalry within students, but there is no clear story to follow. Some episodes are simple slice-of-life while others end up with the students going in a luxury cruise and ending up on a deserted island.

The anime is fun to watch with all the plotting and introductions to characters from other classes. It has hints of harem anime as Kiyotaka fends off the attention of multiple girls by helping them. Despite being socially awkward, it’s hard to understand Kiyotaka’s decisions as the anime doesn’t reveal anything about him. The anime also does not have any actual ending, making it a bit frustrating.

Madman brings ‘Classroom of the elite: Complete series’ to Australia in high quality Blu-ray. The extras include textless opening and ending songs. Get your copy here.