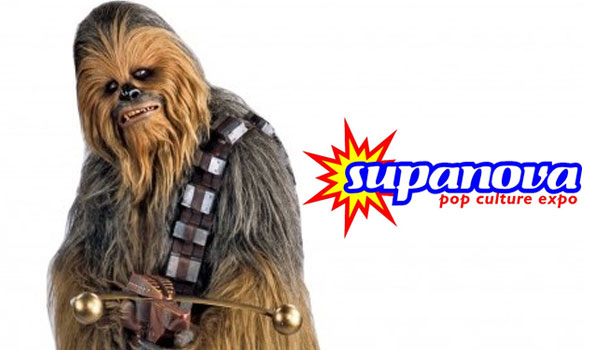 Supanova – Australia’s own home-grown fan convention – went from strength to strength in 2013. This years’ attendance over the six expos (Gold Coast, Melbourne, Sydney, Perth, Adelaide and Brisbane) hit 160,800 — building significantly on last year’s record attendance of 121,800. Throughout the year, Supanova brought over 150 celebrity guests to Australia to interact with their fans. The expo’s organisers are now planning for another great year in 2014, beginning with the Gold Coast and Melbourne expos in April.

Team Supanova can now reveal the first celebrity Supa-Stars who’ll visit Australia for April’s expos, with many more to be announced in the coming months. The focus begins on classic fan-favourites who tug the nostalgic heartstrings of film and TV buffs.

Jim Butcher: The New York Times-bestselling author created The Dresden Files, spawning the eponymous TV series. Up next is his highly-anticipated steampunk series, The Cinder Spires.

TICKETS: Will be available in March 2014 at www.moshtix.com.au