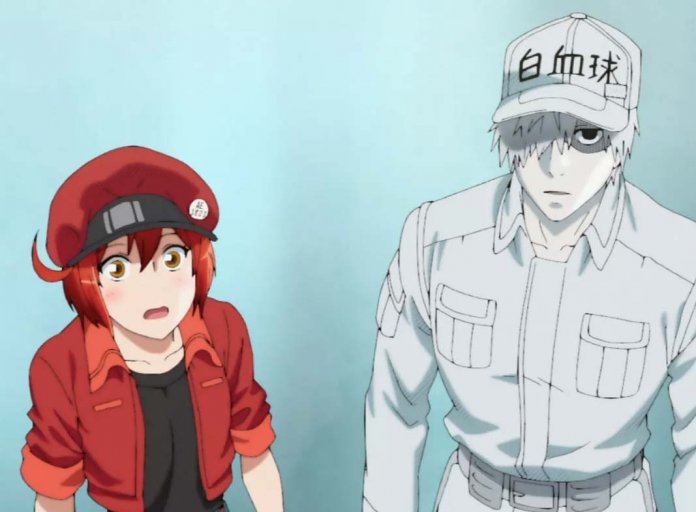 Thanks to Madman we were able to binge on Cells at Work! (Hataraku Saibou) written and illustrated by Akane Shimizu and released in Japan in 2018.

Cells at Work! is a 13-episode series and, as the name suggests, is about cells in the human body. It’s something like the ’80s French cartoon ‘Once Upon a Time…Life’. 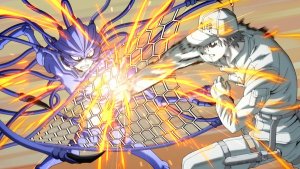 Our main characters are a rookie young red blood cell girl named AE3803 who tends to get lost on her oxygen deliveries quite often. She usually runs into danger where she’s often saved by a white cell named U-1146, a strapping fellow usually battling antigens with a knife defending the human body.

This unique anime explains in a very fun and accurate way how our trillions of cells fight against common diseases and small injuries. Every episode contains a catastrophic event like a scratch in the skin, or a bacterial attack that activates millions of cells to repair the damage and fight disease, all with very entertaining action sequences. The comedy is strong and there’s even a slight hint of romance suggested between AE3803 and U-1146, making this anime very easy to watch. 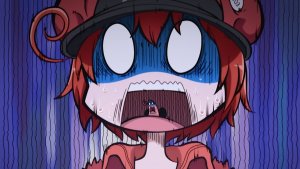 Despite being so technical in its medical explanations and the complexity of the ‘city’ that is the human body, the show is very simple when it comes to characters. Each group of cells like neutrophils, eosinophils, killer T-cells or dendritic cells are represented by a character (usually dressed the same for easy recognition) with platelets the cutest by far. Subsequently, the villains (bacteria, virus or parasites) are represented by vicious monsters.

Overall ‘Cells at Work!’ is a surprising entertaining series that will probably teach you some biology while makes you chuckle and even amazes you with each threat response. This original and innovative show is a must watch (especially for people with some medical studies). Get your copy here.