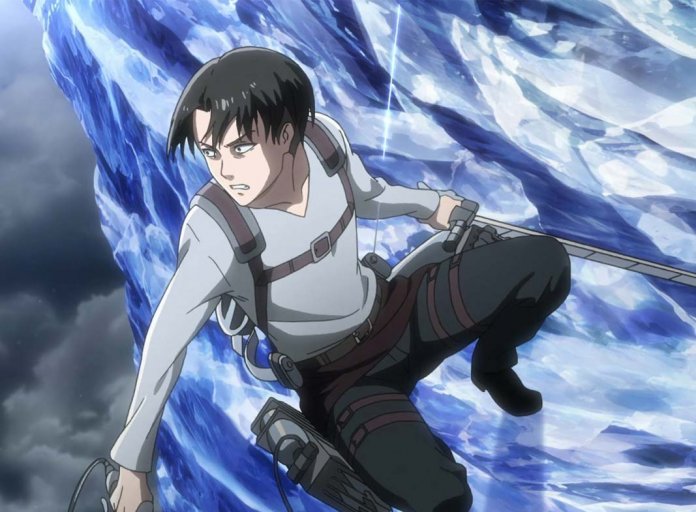 Thanks to Madman we saw the first part of the third season of the anime hit Attack on Titan in crystal clear blu-ray quality.

After unveiling the shocking origins of the Titans, Eren and his friends have been hunted down to use his powers for the wrong reasons. With the discovery of Historia’s royal bloodline, the Levi Squad decides to act and take down the current government behind the walls. However, Levi’s past mentor – the deadly Kenny – returns, putting the entire mission in jeopardy. 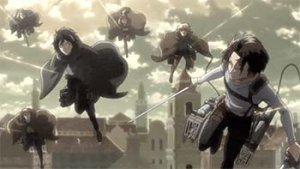 Season 3 begins with a more human, more dramatic take focusing on the Levi squad and the struggle of being hunted down by their own people. There is excellent character development, showcasing the backstories of characters like Historia and Levi himself.

Titan-on-titan battles are almost nonexistent during these thirteen episodes but the last few are pure action-packed scouts paraphernalia, with acrobatic confrontations in the middle of a major plot twist that many fans will absolutely love.

The animation has been taken a step further and looks simply spectacular. Furthermore, the characters look less childlike, making you feel like you’ve been growing with them.

The Blu-ray release is full of extras, including interviews with Japanese and English voice actors, promotional clips, Eyecatch gallery and textless songs among others.

Overall, Attack on Titan – Season 3 Part 1 is another triumph for the beloved anime saga, and despite the divisive reveal of the origin of the Colossal titan In the previous release, it’s heading in the right direction by teasing epic events to come. Get your copy here.